Compiling a list of the best cars for women is no easy task, because it assumes that women’s wants and needs are easily generalized. So to find the 10 best cars for women for 2017, we came up with some ground rules. First, all the cars on this list have to be new for the 2017 model year. That means that there will be a handful of completely new models, along with some cars that were already around but that were just updated for this year. Also, the best vehicles for women have to be versatile. Some versatile vehicles have loads of cargo space, while others are super fuel-efficient, enabling the sort of freedom that comes with bypassing the gas station more often than not. Of course, there are more subjective factors, as well. Here are 10 of the best new vehicles a woman can buy in 2017. 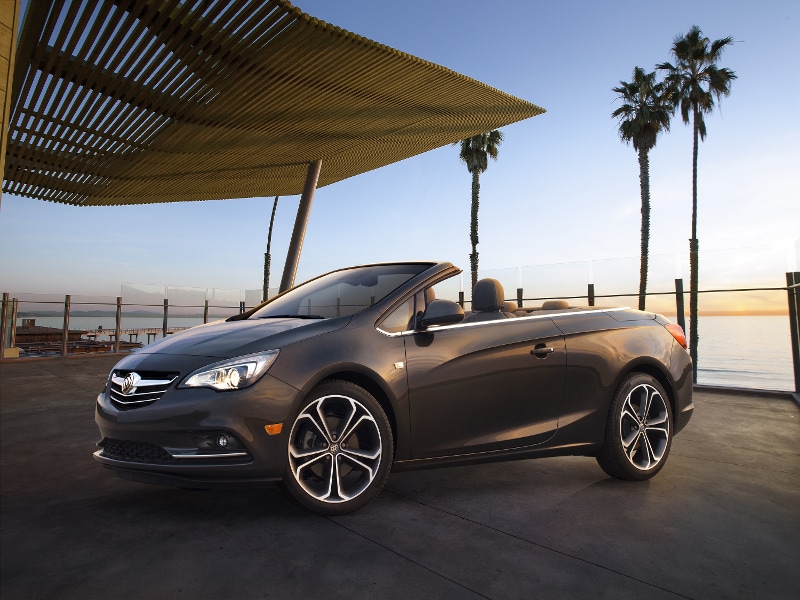 Buick is not shy about courting women with the all-new 2017 Cascada convertible, but so far, the brand’s latest offering is delivering on its promises of carefree open-air driving. The Cascada’s styling is sharper than many shoppers might expect from the Buick nameplate (the secret: it’s borrowed from General Motors’ international Opel brand) and offers an enjoyable ride for four passengers. The convertible top goes up or down quickly, in just about 17 seconds, and can be activated while the car’s cruising at about 30 mph for fast and easy climate changes. A turbocharged 1.6-liter four-cylinder engine comes with a six-speed auto transmission and makes 200 horsepower. Buick’s also loaded the Cascada with plenty of active safety features, to help alleviate any concerns over its crash-worthiness. The 2017 Buick Cascada starts at an MRSP of $33,065, which is one of the more expensive vehicles on this list, but it’s also the only one that offers top-down fun. 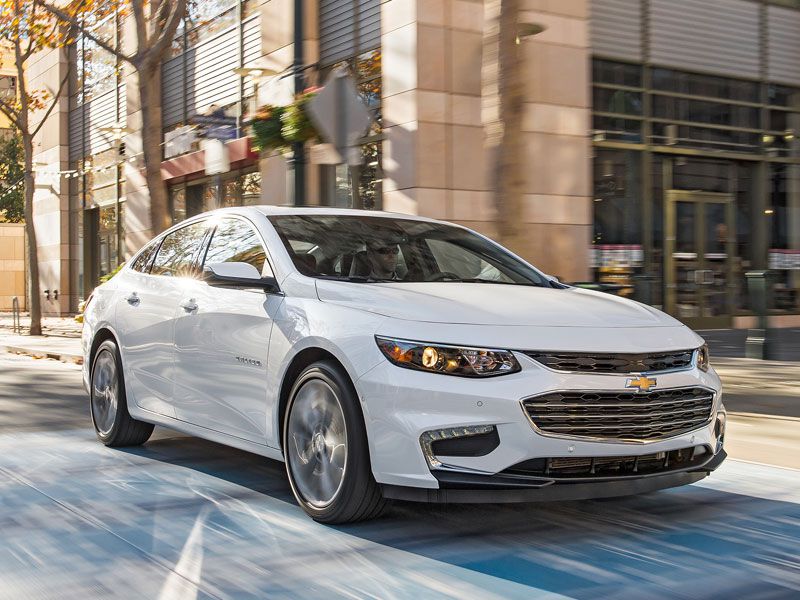 The totally revised 2017 Chevrolet Malibu injects some life in the midsize sedan segment with its sharp exterior and strong overall value. The Malibu’s interior offers plenty of space for five passengers and a generous trunk for lots of gear. The comfortable cockpit focuses on an infotainment system that’s easier to use than most of the competition’s. The base engine in the 2017 Malibu is a turbocharged 1.5-liter four-cylinder engine that comes with a six-speed automatic transmission and makes 160 horsepower. A 2.0-liter four-cylinder engine pairs to an eight-speed automatic and boosts output to 250 horsepower. The Malibu’s throttle response is strong and handling is confident, and the base model’s fuel economy is competitive for the class. The 2017 Chevy Malibu has an opening bid of $21,625. 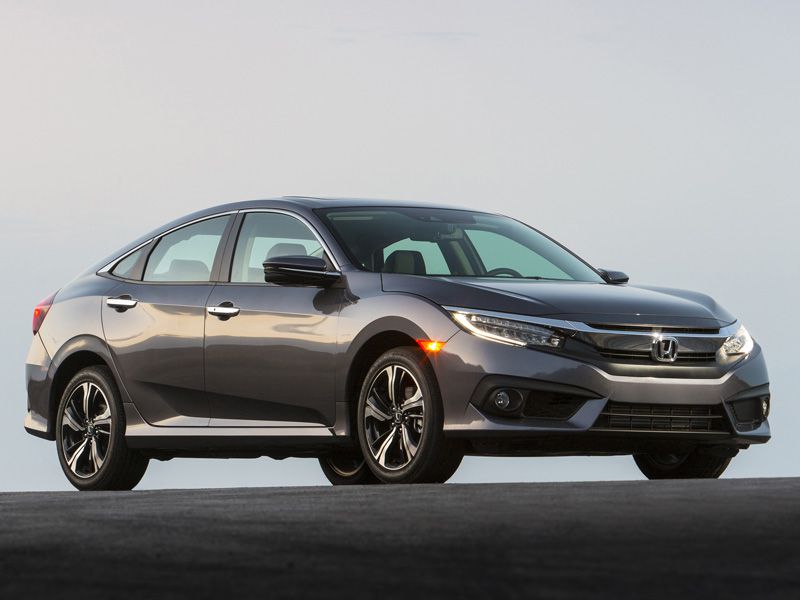 Redesigned for 2017, the Honda Civic is a five-passenger sedan that’s a long-running favorite for efficient, reliable and safe transportation on a budget. The Civic might not be the most attention-seeking compact car on the market, but its relative modesty has benefits of its own. Beyond the Civic’s revised but classic exterior, the cabin offers upscale appointments that defy its price point. The list of standard equipment is good and the available options are even better. The Honda Civic scores high on safety and efficiency, returning up to 31 mpg city and 41 mpg highway, and the base 2.0-liter four-cylinder engine makes an enthusiastic 158 horsepower. An available turbocharged 1.5-liter four-cylinder boosts output to 174 horsepower. The 2017 Honda Civic, which is offered in five trim levels, starts at $18,640.

It’s possible for a woman to drive in style on a budget, and that’s where the new 2017 Scion iA comes in. The brand’s first sedan offering, the Scion iA isn’t exactly the most attractive vehicle in the lineup, but most of the iA’s beauty lies beneath the surface. The Scion iA is actually a thinly-disguised Mazda Mazda2 sedan, which isn’t otherwise available in the United States, and as such, it’s a little bit peppier than most shoppers might expect from Scion. A 1.5-liter four-cylinder engine makes 106 horsepower and gets great fuel economy, and six-speed manual and automatic transmissions are available. Scion’s no-haggle pricing policy makes the iA an easy and low-stress proposition. The five-passenger 2017 Scion iA comes fully loaded (except for a few dealer accessories) for $15,700. 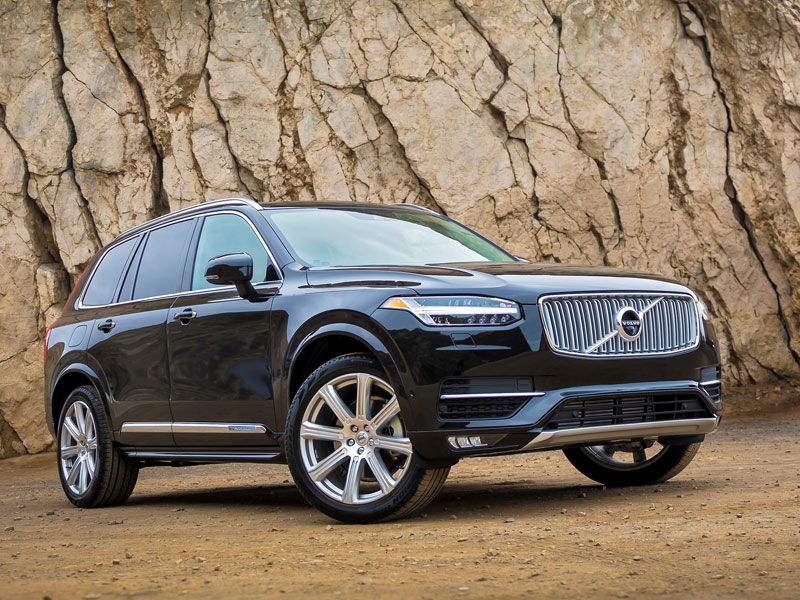 The 2017 Volvo XC90 is generally perceived as more of a “family” vehicle than a “women’s” vehicle, thanks to its seating capacity and top-notch safety credentials, but we don’t see why the two need to be mutually exclusive. The truth is, the brand’s mix of luxury and practicality makes it an appealing choice across demographics. The revised XC90 is a luxury three-row SUV with seating for seven. A group of gal pals will be just as comfortable in the back as kids would, thanks to the XC90’s generous proportions, and the upscale finishes will leave a lasting impression. The XC90’s 2.0-liter four-cylinder engine is both turbocharged and supercharged, yielding 316 horsepower and great fuel economy. A hybrid model is available, too. The 2017 Volvo XC90 starts at $49,000.

The 2017 Mazda CX-3 is a completely new offering for this year, a small crossover that offers space for five passengers. The CX-3 was designed specifically to bring new, younger buyers to the fold, but don’t let that be a deterrent to any non-millennials. The CX-3 is efficient, fun to drive, and offers plenty of equipment, which are characteristics appreciated by most shoppers in this segment. And the CX-3’s styling is athletic without crossing the line of appearing too aggressive or masculine. It delivers 146 horsepower from a 2.0-liter four-cylinder, paired to a six-speed auto with manual shift mode.This engine also delivers near-best-in-class fuel economy. The 2017 Mazda CX-3 starts at just $19,960, which is a good value for an all-new vehicle in this segment. 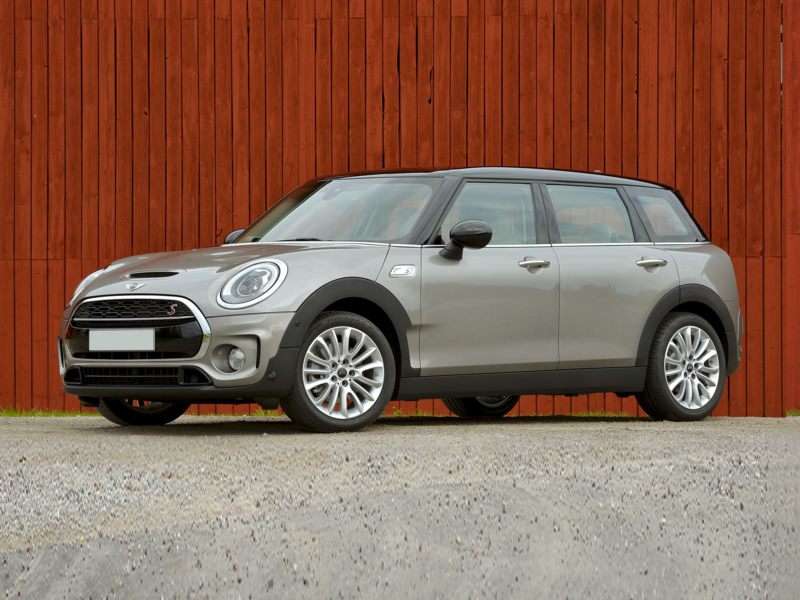 The MINI Cooper Clubman, updated for 2017, can be thought of as a MINI wagon — it’s larger than the other models in the lineup without encroaching on the SUV-like aspirations of the Countryman. The last generation of Clubman was criticized for offering only four seats, but that’s been rectified this year, with another spot added to the back. Four doors, plus the rear’s barn-style twin doors, maximize the usability of the car’s space. The base Cooper makes 134 horsepower from a 1.5-liter three-cylinder twin-turbo engine; the Cooper S has 189 horsepower from a 2.0-liter four-cylinder twin-turbo. A six-speed manual transmission is standard. The Cooper offers a six-speed automatic and the S offers an eight-speed automatic. The 2017 MINI Cooper Clubman nails the brand’s trademark “cuteness” while still looking new and fresh, starting at $24,100. 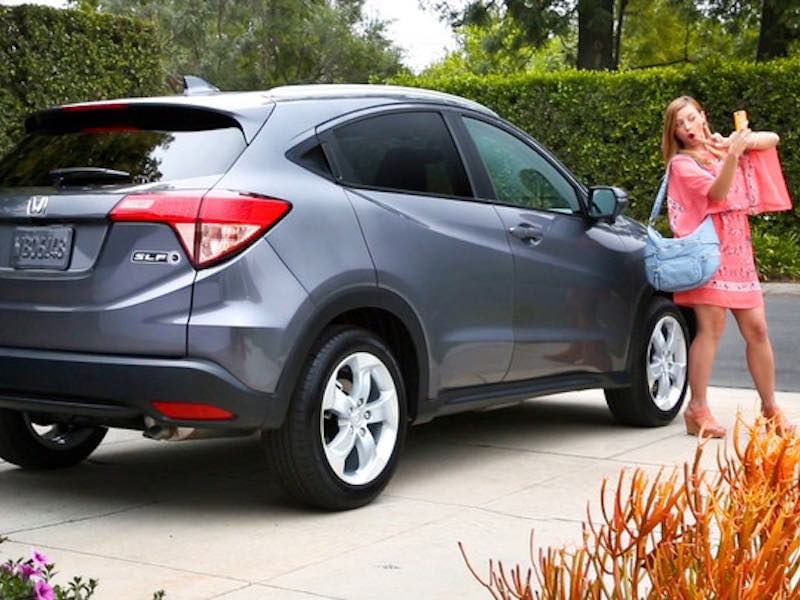 The 2017 Honda HR-V is a new compact crossover with seating for five. Visibility from the driver’s seat is great, and the feature-laden cabin is intuitive and easy to navigate. Attractive and practical, the HR-V is a good choice for women who need an efficient yet versatile vehicle. Honda takes a lot of the stress out of buying an HR-V, because it’s offered with only one engine, a 1.8-liter four-cylinder that makes 141 horsepower and yields average fuel economy for the class. Buyers have a choice of a six-speed manual or a continuously variable transmission. Front-wheel drive is standard and all-wheel drive is an option. The 2017 Honda HR-V starts at $19,215. (Note, however, that the HR-V “Selfie Edition” pictured here doesn’t actually exist.)

The BMW X1 is a small, stylish luxury SUV that hits the high points of both the BMW brand and the functionality of a sport ute, at a relatively easy-to-swallow price. The X1, which seats five passengers, is only available in one trim level this year (although others will most likely be added in the coming years). It’s the xDrive28i, which in BMW-speak represents 228 horsepower from a turbocharged 2.0-liter four-cylinder engine. An eight-speed automatic transmission is standard, and so is all-wheel drive. The X1 is fun to drive and is a great option for a day trip with a bunch of friends — the interior is classy, the seats are comfortable, and there’s plenty of room for everyone’s bags. The 2017 BMW X1 comes at a starting price of $34,800.

The first Chevrolet Volt was, frankly, kind of intimidating. Plenty of women might have liked the idea of a plug-in hybrid, but been a little apprehensive about the day-to-day reality of living with it. The conversation surrounding the car in 2011 was full of speculation about safety, range anxiety, and unknown long-term maintenance costs. Plenty of time has passed, and Chevrolet used it well. The new 2017 Chevy Volt is time-tested, more efficient, more spacious (going from four to five seats), and more luxurious. It can travel up to 53 miles on a full electric charge, or up to 43 mpg city and 42 mpg highway on its gas engine. Loaded with standard features, the 2017 Chevrolet Volt even has a new lower starting price of $33,170.

Mitsubishi Lancer Evolution Through the Years