Rather than attracting attention with gaudy wings, hood scoops, flashy paint jobs and “Look at me!” styling, there are those who prefer to fly under the radar. Over the years there have been a number of stealthy vehicles built that tout impressive performance capabilities, but that appear completely pedestrian to the untrained eye. Members of an exclusive club, their owners are content to live in obscurity, aside from the occasional knowing nod or a thumbs up from a passerby acknowledging the secret hiding under the hood.

Immortalized by the Beach Boys who sang, “She’s real fine, my 409,” the third generation Impala offered a selection of engines ranging from a 230 cubic-inch inline six-cylinder to the monstrous 6.7L 409 cubic-inch V8 touting 360hp and 409 lb.-ft. of torque. Engineered with heavy-duty bearings and aluminum pistons, a four-barrel carburetor and a Positraction limited-slip differential, only 142 examples of the 409 were made for that year, but a legend was born and a movement started.

At a time when Pontiac was known as the performance division targeted at a more youthful audience, GM’s luxury division Oldsmobile released the 442, signifying four barrel carburetion, a four-speed manual transmission and dual exhaust. The inaugural model was essentially constructed by combining various components from GM’s existing parts bin to create a muscle car for the business person.

This ‘Super High Output’ Taurus differed only slightly from its rental fleet siblings. The addition of a hood from the Mercury Sable, unique bumpers, side cladding, fog lamps and the subtle SHO imprint in the side were the only cues that this Taurus featured a Yamaha-sourced V6 engine mated to a manual transmission boasting a 7,000 rpm redline and 220hp. Not tire-scorching performance numbers by today’s standards, but definitely a betrayal of its family hauling image. 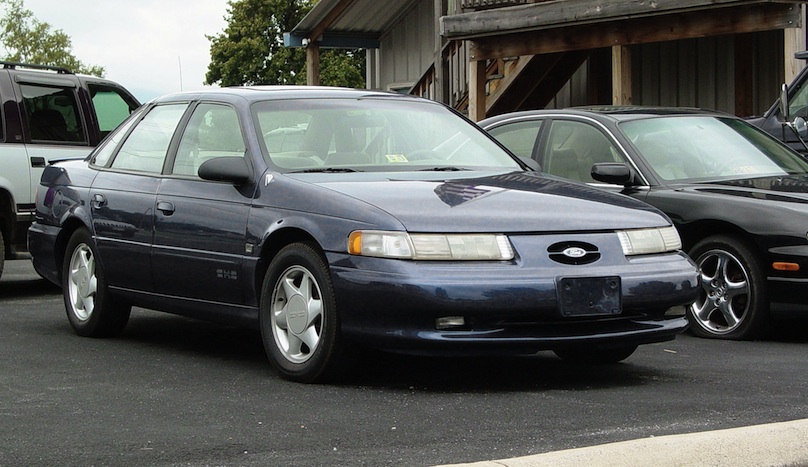 With the glory days of the original GTO a distant memory, Pontiac decided to adapt the right hand drive Holden Monaro from Australia for the American market. Despite packing a detuned LS1 Corvette engine under the hood mated to a six-speed manual transmission, all but the odd Pontiac enthusiast would recognize its lineage. The addition of dual exhaust pipes, hood scoops and a 400hp LS2 engine for 2005 couldn’t revive flaccid sales numbers and the project was scrapped just a year later. Initially not sold in Canada due to our more stringent crash test regulations, the GTO is now cleared for Canadian import. 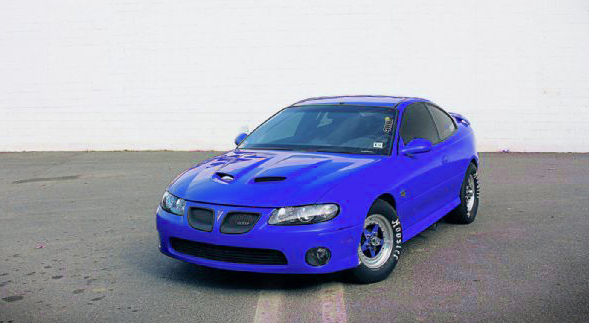 The RS4 sedan could have easily made this list, but the two-door convertible increases the likelihood of being mistaken for a rich housewife’s yoga transportation. Not only does this range-topping cabrio sport a six-speed manual transmission and Audi’s legendary Quattro all-wheel-drive, it also features the same 420hp 4.2L direct-injection V8 found in the R8 giving it a 0-100 km/h time of 4.2 seconds. With far fewer examples offered, it makes it that much more rare and elusive. 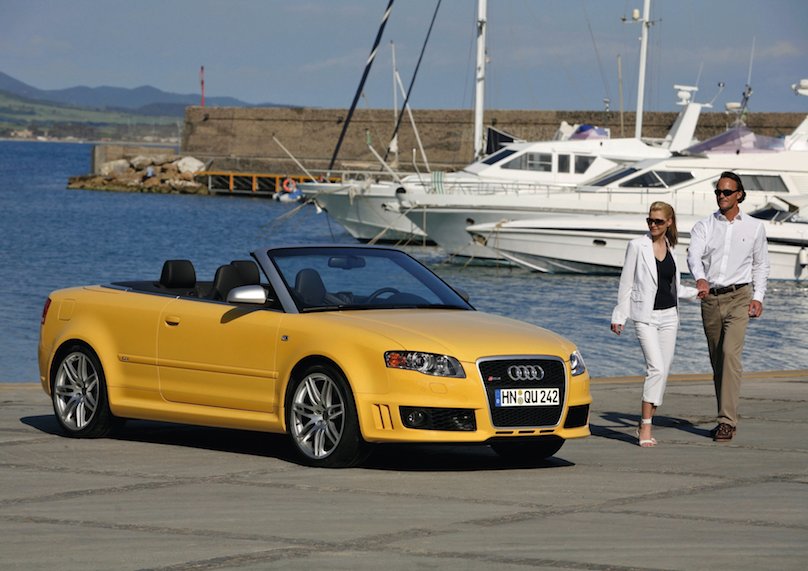 RELATED: Top 20 Most Beautiful British Cars of All Time

The name Marauder has found its way onto a number of models over the years, the last of which was introduced as a high-performance variant of the full-size Grand Marquis for 2003 and 2004. Based on an updated version of the Ford Panther platform, the Marauder shared the same naturally aspirated 302hp 4.6 L V8 DOHC Ford Modular engine found in the Ford Mustang. In fact, it shared heads, cams, block and rotating assembly with the 2003-2004 Mach 1. Featuring dual exhaust and upgraded chassis and suspension modifications, the Marauder borrowed its aluminum drive shaft and limited-slip differential with a 3.55 rear axle ratio with the Ford Crown Victoria Police Interceptor. Nobody would see that coming. 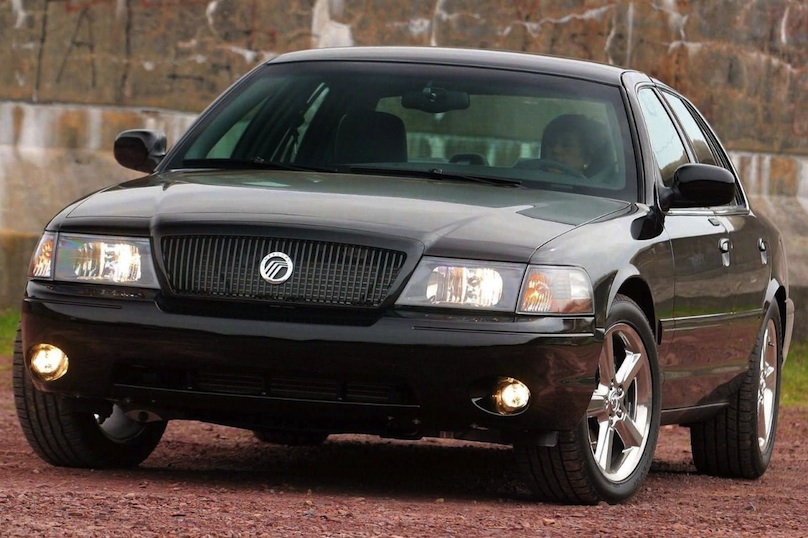 Offered only in sedan form, exclusively with a manual transmission mated to a turbocharged inline four-cylinder powerplant, the Mazdaspeed 6 is a rare and unique breed indeed. Putting power down at all four corners, the all-wheel-drive system features Mazda’s Active Torque Split, which is capable of routing up to 50 percent of power to the rear end. Its computer is capable of not only reading wheel slip, but also steering angle, throttle position, lateral g-force, and yaw rates, delivering its 274hp accordingly. Unlike the outrageous wings attached to the Mitsubishi Evo or Subaru WRX Sti, the Speed 6 sports little more than a unique front fascia and raised hood. There isn’t much to suggest that there is anything out of the ordinary about this family sedan, which for some drivers is exactly the point. 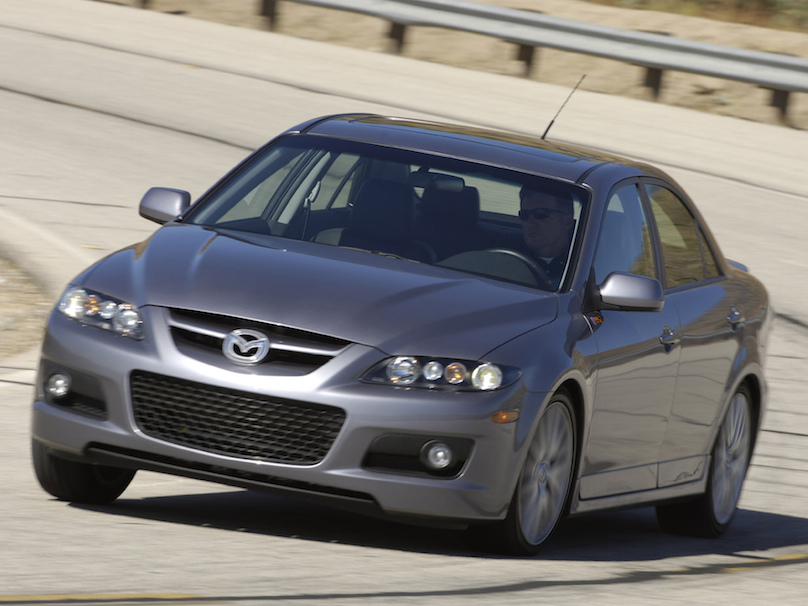 RELATED: Here Are 8 Engines You Should Avoid!!!

Most people will understandably associate Volvo with ‘safety,’ which is what makes this limited edition Swedish wagon so damn cool. Significantly upgraded from the soccer mom standard issue, the Polestar package includes Brembo brakes, Ohlins suspension, wind tunnel-tested aerodynamics and a turbocharged six-cylinder engine putting out 345hp and 369 ft.-lbs. of torque mated to an intelligent Haldex all-wheel-drive system. It’s the real deal, but it’s highly likely nobody but the driver will have any idea. 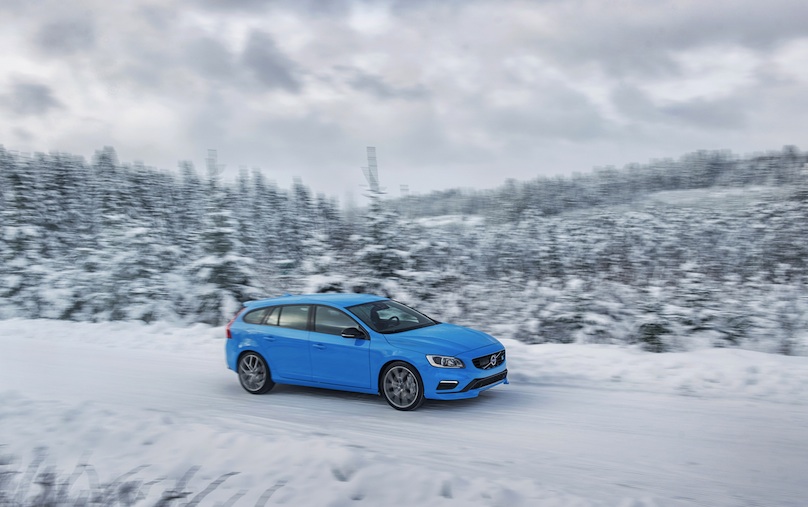 Buick is another nameplate not normally, if ever, associated with performance. Initially unveiled in 1982 as the Regal Grand National after the NASCAR Winston Cup Grand National Series, subsequent models received the renowned black paint and turbocharged 3.8L V6 touting 245 hp and 360 ft.-lbs of torque thanks to the addition of a Garrett T-3 turbocharger and a bigger intercooler. The final edition also boasted a free-flowing exhaust and reprogrammed automatic transmission, allowing for more aggressive shifts to reach a 0-100 km/h time of just 4.3 seconds. Not exactly your grandfather’s Buick. 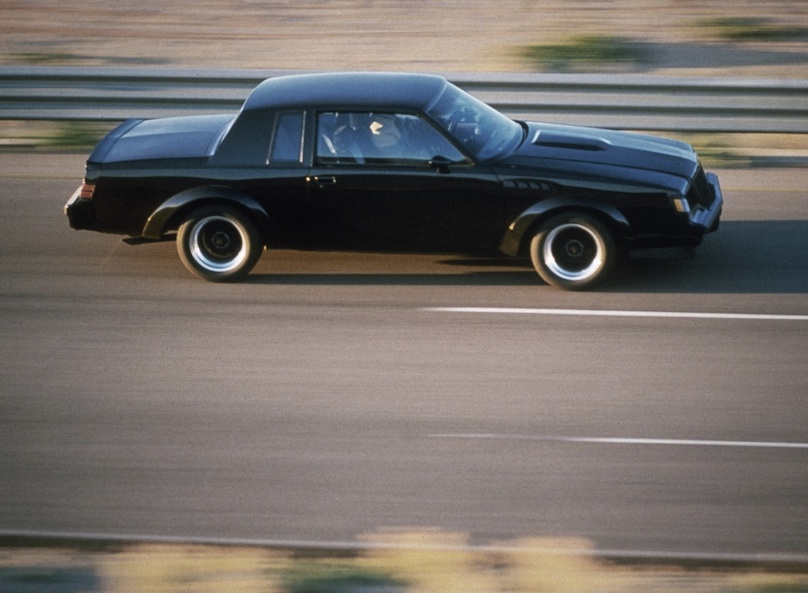 Not only does the Hellcat take the number one spot for reviving the attainable sedan sleeper car movement, but also because of the bat shit crazy performance figures it squeezes out of the 6.2L supercharged Hemi under the hood. Boasting a tire-roasting 707hp and 650 ft.-lbs. of torque, its maniacal exhaust note is sure to scare young children and set of car alarms while making any family man the envy of all his friends. 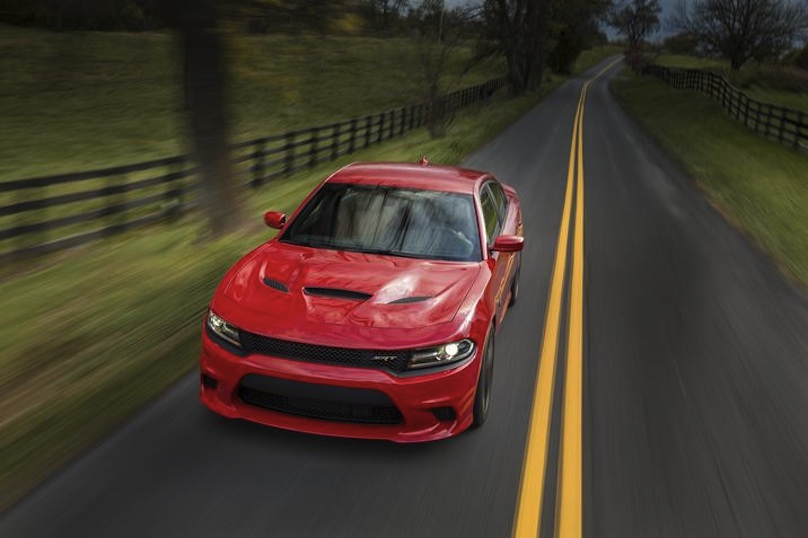 5 Supercars I'd Love to Have in My Garage

Man Finds Car 20 Years After Forgetting Where He Parked It